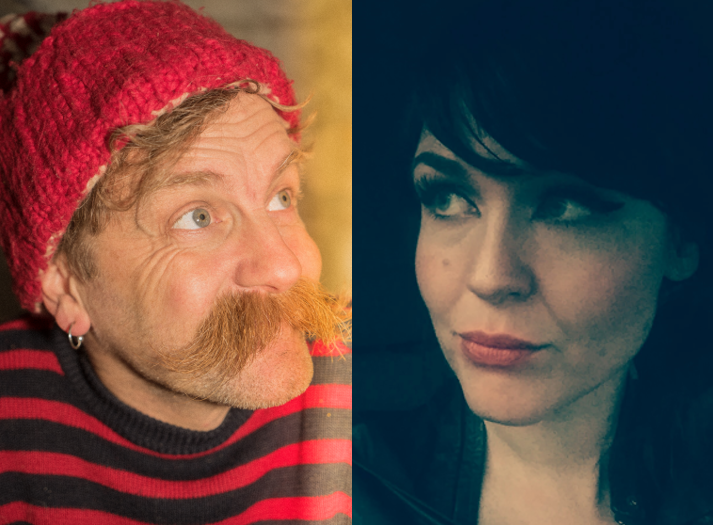 The Wild Hare Club presents a lo-fi, stand-up, spoken word, comic double-bill featuring Jonny Fluffypunk in 'How I Came to be Where I Never Was' and Clare Ferguson-Walker in 'California Scheming'.


The ever-eclectic Wild Hare Club hosts a heart-warming evening in the cosy atmosphere of De Koffie Pot featuring two comic poets - Clare Ferguson Walker and Jonny Fluffypunk. Each has produced a witty show based on their individual lives but will resonate with anyone who has ever dreamed of making it over the pond (Clare) or has lost themselves in the grooves of a favourite lp or 45 (Jonny). There will be an interval between the two performances allowing you to recharge your glass.

Tickets are £10 (or £8 concessions) and available from Billetto here.


One woman's poetic narrative about a lifelong fascination with America, a (not so) secret dream to hit the big time and what happened when she finally got to Hollywood. Not quite the young starlet anymore, but a (ahem... late thirty something) Mum with 2 kids! Hear tales of puking in Beverly Hills, meeting and running away from sex obsessed performance artists, and finding the American dream to be a cheap, plastic, gold painted oscar. This ultimately uplifting tale sees cultures clash, priorities lost and found, and near nervous breakdowns in a rental car.


Jonny Fluffypunk grew up in suburban nowhere. In 1984 he was fifteen. This is a story about trying to find yourself when you find yourself somewhere you don't belong. It's about unrequited love, John Peel and the importance of a good record shop. And it's also about trains, memory and letting go. This is a lo-fi, stand-up, spoken word theatre show for anyone who has ever loved and owned a vinyl record or just been alive.

Apologies, missed this wasn't sent a notification, hope to see you tomorrow night, you can sign yourself up, by clicking on the links at the top or bottom of the page and filling in your name and email address. Best wishes, Richard MC of the WHC
0