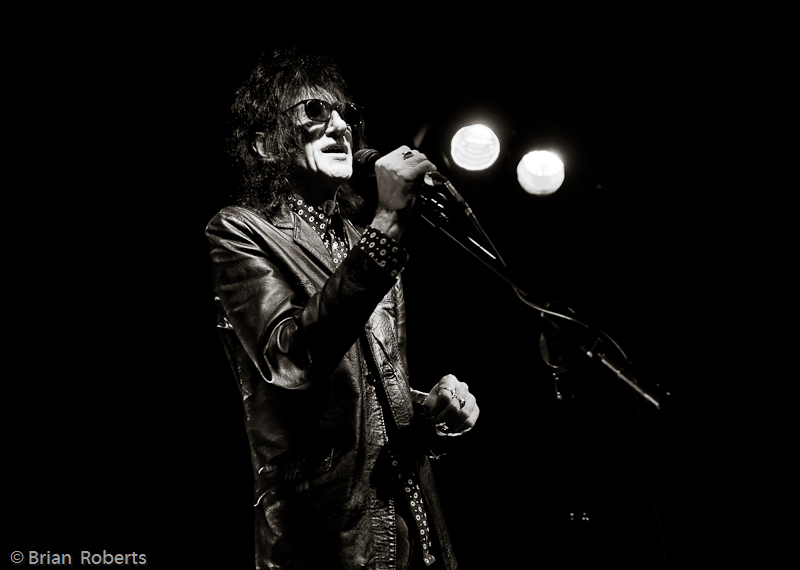 When John Cooper Clarke appeared at the Wild Hare Club in 2010 he was still to make his debut on Have I Got News for You or receive his doctorate and otherwise be recognised as a national treasure.  I’d first come across him, delivering his motor-mouthed poems as support to Ian Dury and The Blockheads, as well as, enjoying the ritual listening to a wonky cassette of him reciting Beasley Street to a backing by The Invisible Girls in the car as we returned home from late night gigs. His poems were always stuffed with jokes and pithy one-liners like ‘frogspawn – a poor man’s caviar’ and these had stayed with me. So it was with much delight to learn that he was performing once again after a long period of near invisibility and decided to book him.

These days the good doctor is as much a stand-up comedian as he is a poet, and his WHC show at the ill-fated Blue Rooms (don’t ask, am still waiting for the ticket money taken for that show) was stonkingly funny from the start, especially as he when began, he asked the audience whether there were any marine biologists in the house, and you all know how this man has made his living these past decades.

You the audience, sadly only got to hear the front-of-house part of it, because the scene in the ‘green room’ with JCC, Don Letts, Helen McCookerybook and Martin Chambers (local boy and drummer with the Pretenders) was hilarious. Who would forget JCC crooning Elvis or playing air guitar as he hummed the circular riff to Televison's Marquee Moon?  Or indeed, Helen quizzing Martin about Chrissie Hynde’s guitar playing for a book she was writing on the women musicians who emerged out of punk, while Don is simultaneously reminding me that in 1976 Chrissie was sleeping on his floor.

After the show, as the spindly-legged poet was about to leave, chuckling and well-lubricated by a glass or two of the single malt I’d bought him, he singled me out and  asked me the following question.

“What is the illness with all the initials that people get when they go into hospital?”

“You mean MRSA?” I reply, somewhat surprised at the seemingly serious turn the conversation was taking.

“Similar thing happened to me…” He continues.

“I went into Homebase and came out with a bad case of MDF!”

Sharp exit a cackling Johnny Clarke, shepherded by his manager, to the not-so-salubrious Green Dragon, where the then-manager, Caroline, had, earlier that afternoon, been unable to take her eyes off his pipe-cleaner legs.

Want to know why I carry on with the WHC? It’s for evenings like that one, full of song, wit and dub. Unforgettable.