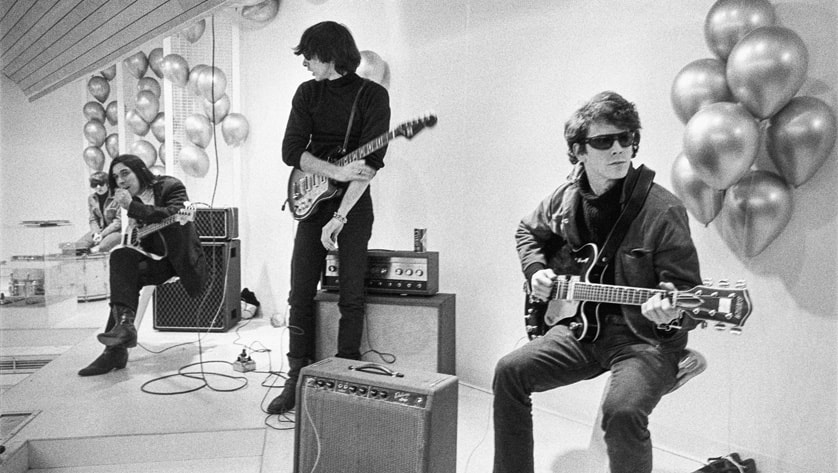 The WHC is delighted to return to the bijou environs of The Loft Cinema to present New York! New York! A music cinema double-bill - The Velvet Underground and David Byrne's American Utopia - featuring some of the most influential artists to have come out of the big apple.

The intention is to make an evening of it and the bar will be open and a hot menu is available - gourmet cinema snacks can be ordered on arrival to be served in the interval between films. You can peruse the Loft menu here.

Tickets are limited, so please book your sofa soon. Here's the ticket link.

Please note - For anybody just wanting to catch one film or the other, on the 21st we will be beginning with The Velvet Underground, and on the 22nd with American Utopia, so book accordingly!

More about the films:

The Velvet Underground created a new sound that changed the world of music, cementing its place as one of rock ’n’ roll’s most revered bands. Directed by acclaimed filmmaker Todd Haynes, “The Velvet Underground” shows just how the group became a cultural touchstone representing a range of contradictions: the band is both of their time, yet timeless; literary yet realistic; rooted in high art and street culture.

The film features in-depth interviews with the key players of that time combined with a treasure trove of never-before-seen performances and a rich collection of recordings, Warhol films, and other experimental art that creates an immersive experience into what founding member John Cale describes as the band's creative ethos: “how to be elegant and how to be brutal.”

Spike Lee’s movie is an intimately shot live performance of David Byrne's Broadway show American Utopia which emerged from his album of the same name and from which many of the songs performed are taken. The show itself is part concert, part musical theatre, part performance art, but always Byrne's commentary on the human condition, largely of humankind trying to find its place in a world that often does not make sense. That place includes finding those much needed connections to each other in his wish, as a naturalized U.S. citizen, for society to move closer to his vision of an American utopia. American Utopia is a worthy successor to Jonathan Demme’s 1984 film Stop Making Sense, which featured Byrne’s previous band Talking Heads at their absolute zenith and set the bar by which all other music performance films are judged.