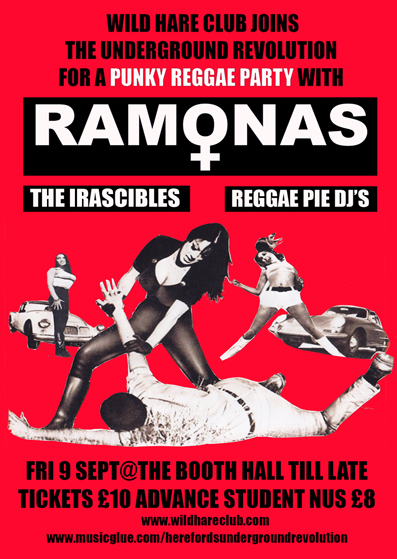 The other day I caught a snippet of Joe Strummer talking on the radio (an archive show) about how the visual identity of The Clash was almost as important as the music. As mentioned in my previous blog on 40 years of punk rock attitude, the visual creativity of that period fired me and many others up.

It’s why I still love records, the covers are/were often affordable pieces of art. I love gig posters too and whenever I am in a foreign city I am scouring the walls for the posters giving clues to the emerging and popular cultures particular to that place, i.e. the stuff that most tourists are oblivious too. It’s always an adventure finding a small club in a foreign country, taking you somewhere off the beaten track, especially if at the end of it you find a bunch of enormous Norwegian death metalheads preparing for Ragnarok.

For these reasons I like to put some effort and care into producing the artwork related to Wild Hare Club events and especially important for the upcoming punky reggae party.

The punk explosion was of course pre the days of personal computers and Photoshop and much of the publicity material was done using cut and paste and photocopying the resulting collage. Work produced this way had a much more organic feel to it and John Rose’s striking design for our Punky Reggae Party has that kind of feel, with the figures cropped from Russ Meyer’s Faster, Pussycat! Kill! Kill! and the red, black and white colour-scheme.

It didn’t take much to turn The Ramones into cartoon characters and so it is with The Ramonas too. Having picked up one of Beki Warren’s cards in The Vintage Emporium, it was obvious that she should produce one of her drawings to commemorate the event. 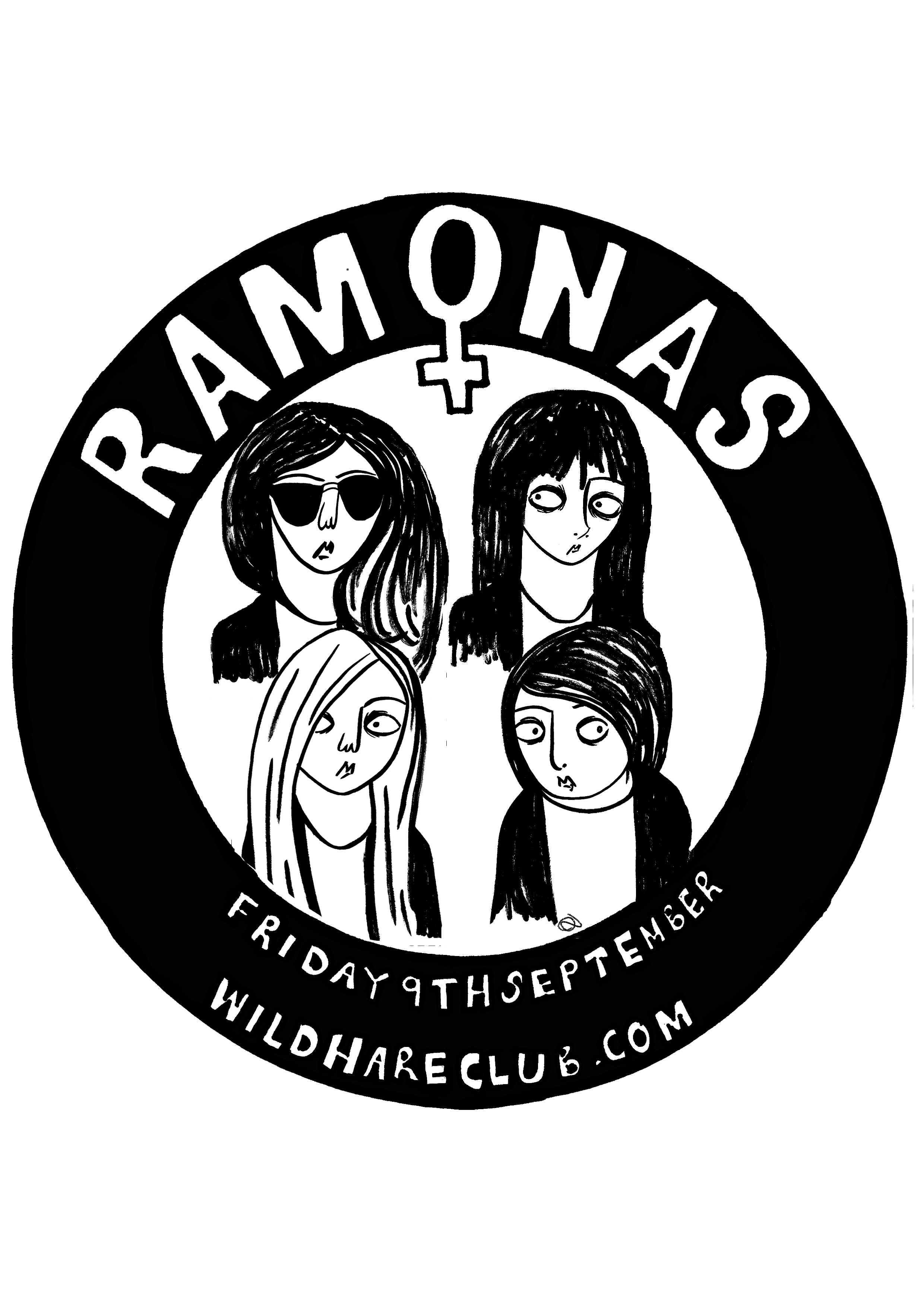 Her roundel is now being silk-screened by Nic, of Reggae Pie onto a few t-shirts. Over the other side of the pond, the art of silk-screening concert posters is still cherished and I always love it when I see such carefully printed items pasted on a wall with the knowledge that they will soon be covered with another layer of posters for the next big thing.

The other piece of artwork has been produced by Leo of Los Squideros who, as many of you know, has for the last few years been printing wonderful cards and prints from his linocuts. One of these of a hare’s head looked ripe for subversion and at my request Leo has reworked using the same colour palette as The Sex Pistol’s Never Mind the Bollocks lp sleeve and sticking a punk safety pin through its ear.  This has now been blown up onto a 6’ long banner to decorate The Booth.  The safety pin through the ear screams punk rock – in fact Leo put one through his ear back in the day – but now has a further resonance. Following a surge in reports of racist and xenophobic incidents after the EU referendum, Britons have been urged to wear safety pins in solidarity with immigrants. Well it really doesn’t need to be said, Leo’s image says it all - the Wild Hare Club is still fundamentally #punk and still #rockinagainstracism. 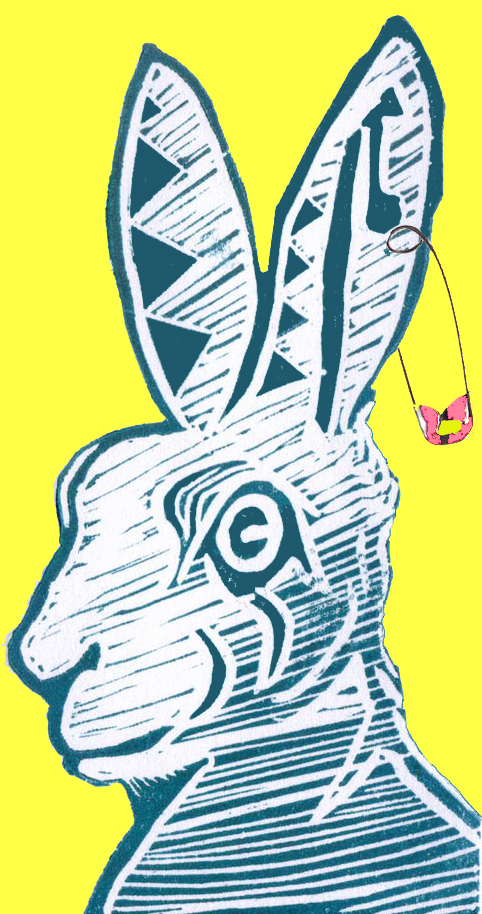 Hello Richard so there we were about to go off to Bromyard folk when Aussie produced this yer T....very good cotton none of the usual tat,wild hare....... who i thought but then remembered my old mate Richard whom i've known since he was a nipper. ..... .and now look....a veritable nearly grown up. Dear Richard, thank you , I was chuffed to bits and will wear it this coming week when all my offspring are coming. could Aussie have your phone number as she wants to get in touch with you and i can't find it either......Love to you and Stas sure we'll catch up sometime,somewh ere. Love Carki.xx
Classy website!! mine is www.carolyn.blake.co.uk
1