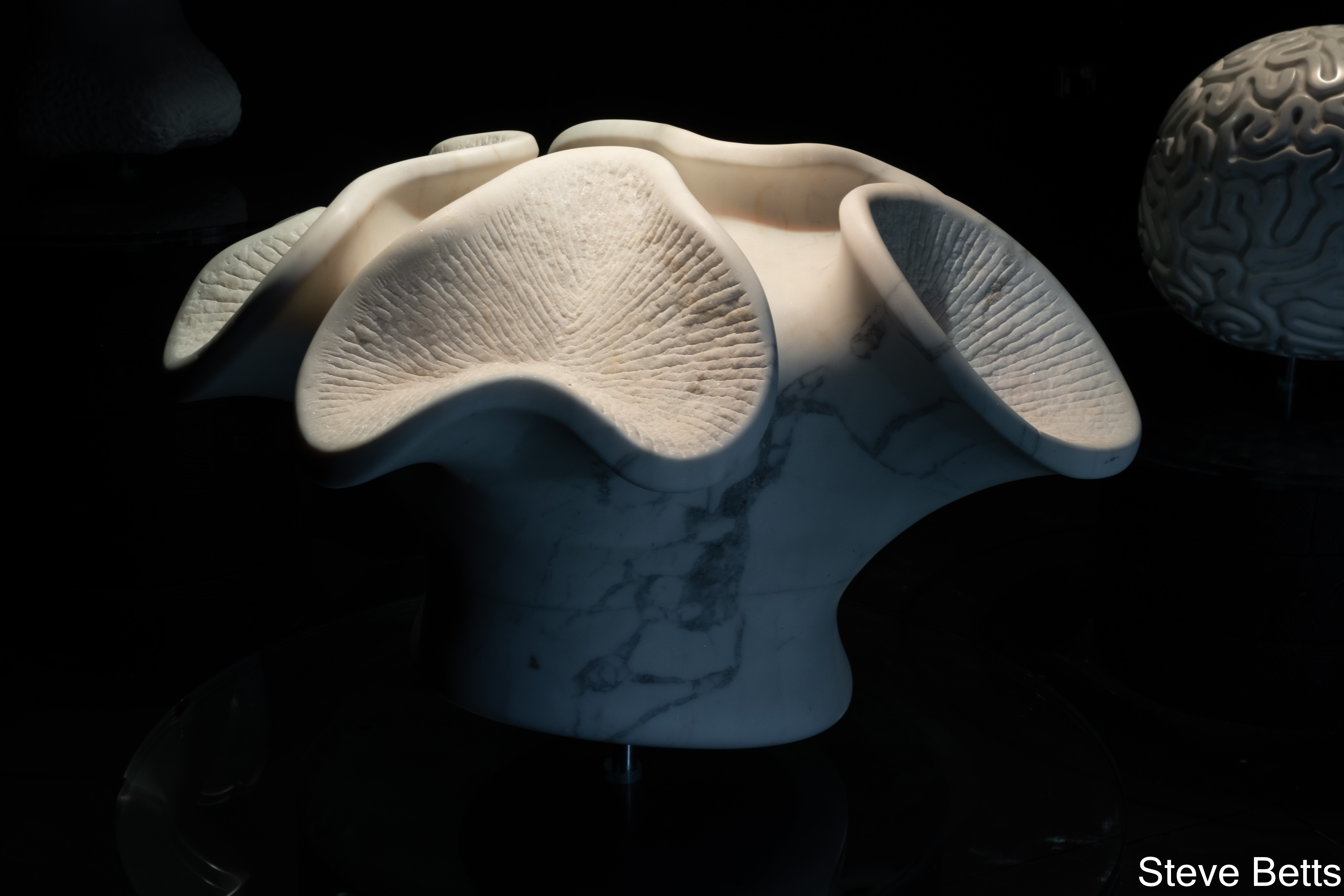 The ocean attracts us all. There is nothing more other-worldly than to sit on a moonlit beach and to stare out at the twin alien worlds of space and ocean. Most of us live out our lives on land, and only ever occasionally cross, or visit the edges of those vast alien, watery places we think of as separate and other to us. But in truth, our world is an ocean world, and we are just a small part of it.

Within this vast hidden world today’s coral reefs have existed for some 25 million years, a thousand times longer than modern humans. Coral reefs cover less than 1% of the ocean floor but this fact belies their global significance. For coral reefs, in all their intricate and beautiful diversity are the nurseries of the ocean. It has been estimated that about 25% of the ocean's creatures depend directly or indirectly on healthy coral reefs. Furthermore, over half a billion people rely on reefs for food, income, and protection. Put simply, coral reefs are a key component of the Earth system and so help support all life on Earth.

The state of the world’s coral reefs can be viewed as a barometer for ocean health and by extension, the planet’s health. Distressingly, they are in dire trouble.  Multiple threats, including overfishing, pollution, increasing ocean temperatures and ocean acidification are all taking their toll. Over the last 30 years, ocean heating has caused a catastrophic loss of corals in many parts of the world due to mass coral bleaching events. Coral bleaching occurs when a stressed coral loses the tiny symbiotic algae living in its tissues, leaving a stark white skeleton and the coral vulnerable to death and disease.

Science can tell us many things and is essential to understanding the world around us, but scientific information can be clinical, and while important, it can sometimes leave us unmoved. If we are to react proportionally to information such as the scientific facts about the state of coral reefs that I have just presented, we must first be emotionally involved.

As an artist, I seek to create artworks that stir these emotions. Communicating through art is not a secret language, it is an expression of emotion that speaks to our primary senses; it looks to cause a direct response that is first felt, before then being processed and understood.  This understanding that art has the advantage of not relying solely on the limitations of language and intellect, but can impart a lasting emotional realisation of a truth that may be hidden from waking consciousness, is shared with the other artists who make up Vulgar Earth artists’ collective of which I am a founder member.

Vulgar Earth’s latest project, Bleached, is an exhibition of coral-related artworks by various Vulgar Earth artists that have come into being through a unique collaboration with scientists from the Coral Reef Laboratory of the University of Southampton to show what we are learning from corals, the jeopardy they are in and where we may find ourselves without them. In my mind, the exhibition is a representation of an on-going conversation between science and art, between fact and emotion, between the clinical and the personal. 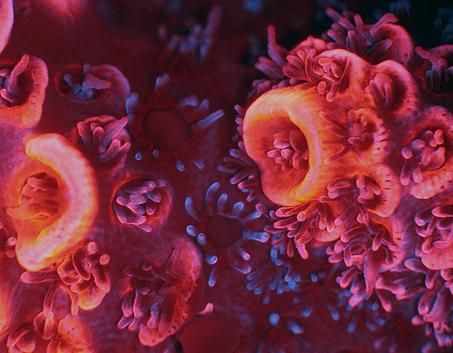 Jörg Wiedenmann and Cecilia D’Angelo and their students at the University of Southampton have been investigating the phenomenon whereby some corals under stress don’t bleach but instead become strangely colourful, turning a dazzling variety of colours - neon pink, yellow, purple or blue. Their research has revealed that the extraordinary beauty of fluorescing coral colours may be a sign that corals are fighting to survive and are the result of the corals producing photoprotective pigments that serve as a kind of sunscreen layer that will subsequently promote the return of the symbiotic algae. However, this process is thought only to occur in corals that have experienced episodes of mild or brief ocean-warming or disturbances in their nutrient environment – rather than extreme events.

For Bleached, living and bleached coral samples sit alongside traditional, contemporary and digital artworks in a light controlled gallery. It is our hope that the thought given to the design of the exhibition will give visitors an other-worldly experience of immersion into the exquisitely balanced lives, forms and ecosystems of our coral reefs and that they will feel inspired to contribute to the “calls from the reef” wall with their thoughts, messages, poetry and art.

Bleached is on display at God’s House Tower, Southampton, UK, from Friday 13th May until Sunday 5th June and is free to visit. For more details see here.

This blog originally appeared on RISE UP and is reproduced with thier kind permission.