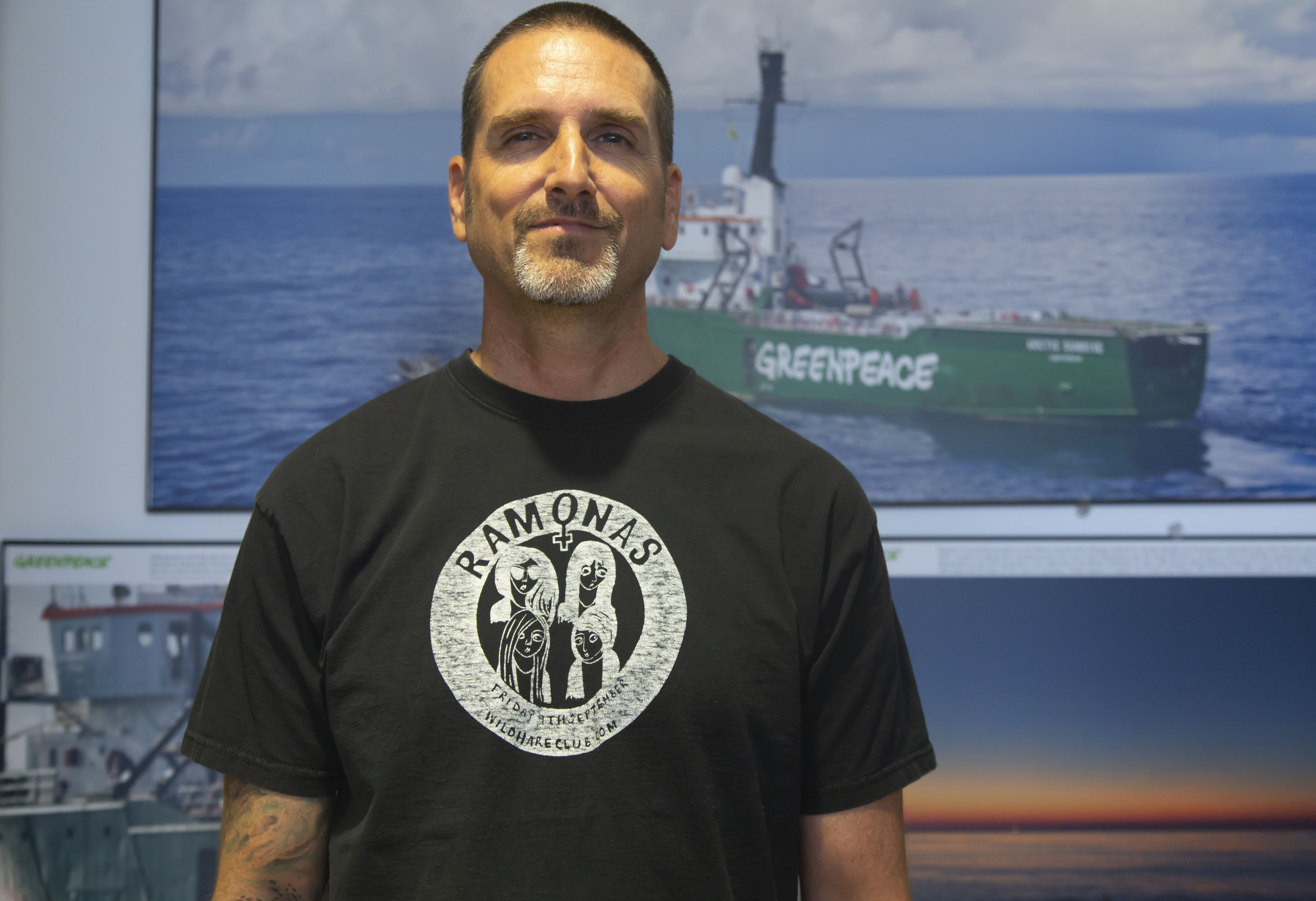 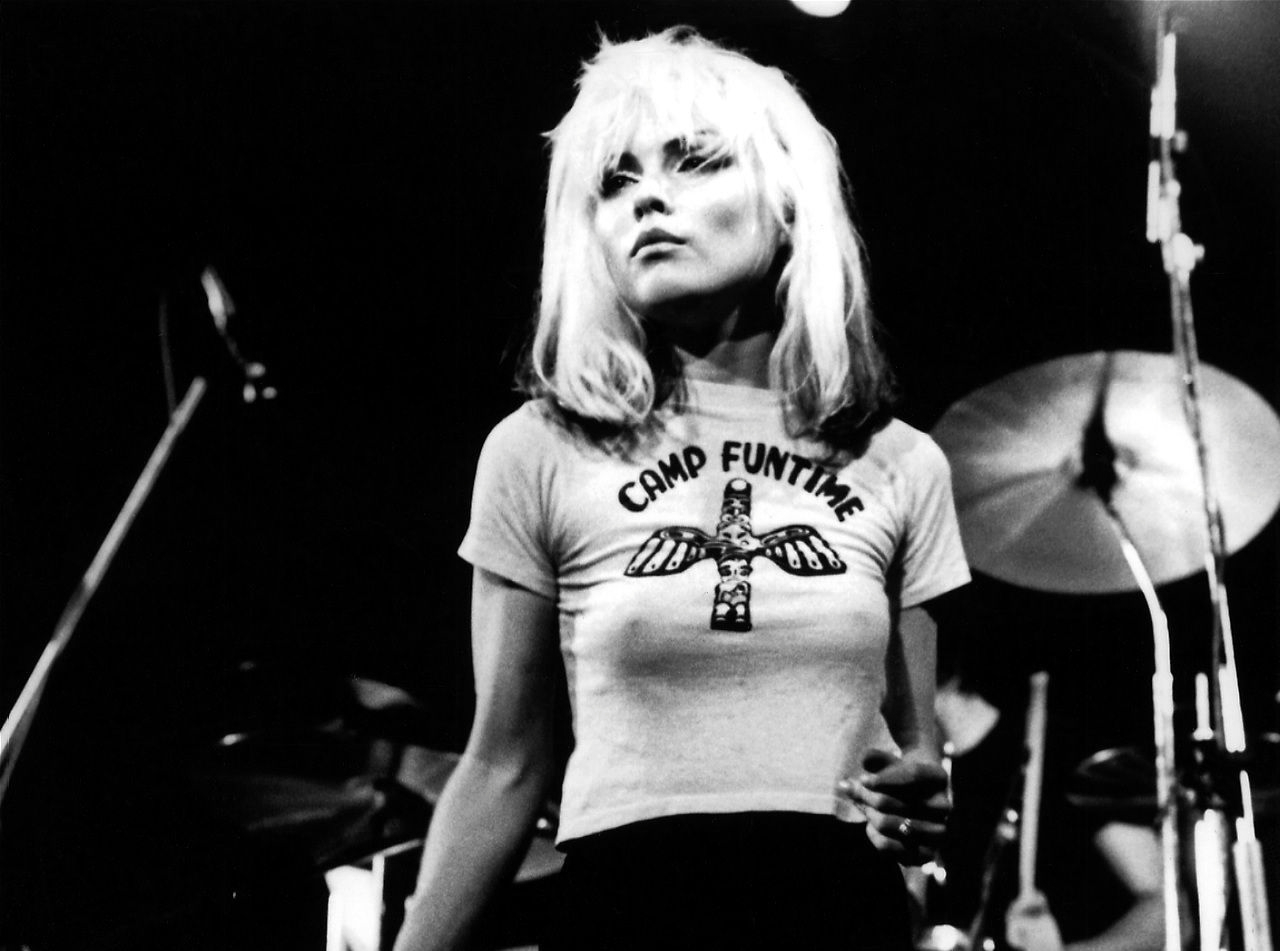 Of the few Wild Hare Club t-shirts, my favourite is the one designed by Beki Warren and lovingly screen-printed by the hand of Nick (Reggae Pie) for the Ramonas show a few years back.

Other people have loved the design too and I have given the shirt to various folk including John Hocevar, friend, fellow subversive, submarine pilot and Director of the Greenpeace US oceans campaign.

It was with some surprise and a smile that I received a message from him earlier in the year while he was in the Southern Ocean with Greenpeace that Javier Bardem had just remarked on how cool the Wild Hare Ramonas t-shirt was - Javier being on board to help bring attention on the need to protect Antarctica.

At that point I didn’t have any more shirts and didn’t know how I might get one to the actor who among other roles played the ruthless, cold blooded killer in the Cohen Brothers classic No Country for Old Men. This changed last week when I was invited to a Greenpeace event in Cambridge where Javier was one of a panel talking passionately about the need to create a network of ocean sanctuaries around Antarctica. Quickly I got on the blower to Nick who very kindly made a new screen and ran a handful of shirts so that when the event was over, I was able to approach Javier and give him the shirt. He seemed genuinely touched. “Such a nice detail,” he said as he warmly shook my hand. Did I get a picture? Of course I didn’t, so you’ve got a picture of Hocevar instead. But hey, maybe Javier will get photographed wearing it at some point and somebody will see fit to capitalise on the fact and will produce a facsimile and market it ‘As worn by Javier Bardem’. This is probably the nearest The Wild Hare Club will ever get to Hollywood.

So here is a note from John about last austral summer’s expedition to the Weddell Sea and his dive with Javier:

‘Earlier this year, Greenpeace went down to Antarctica to build support for a network of ocean sanctuaries - including one so big it would be the world's largest. I was there as the underwater busdriver, piloting a small two-person submarine. I'd had the opportunity to explore several places with subs before, but I'd never been to Antarctica and didn't really know what to expect. It was amazing! Incredibly high diversity and abundance of marine life, which is a sciency way of saying that it was beautiful, colorful, and fascinating. On most dives, I was working with Dr. Susanne Lockhart, our lead scientist on board. In addition to obtaining images that would help us show people all over the world why this area deserves to be protected, we were doing real science that we hoped would strengthen the sanctuary proposals.

To help us tell the story, Academy Award winning actor Javier Bardem joined the expedition. I first ran into him at dinner, and right away he noticed my "Ramonas" t shirt that Richard had given me from a Wild Hare Club gig. "That's so cool!" he enthused. I mentioned it to Richard, who has now given him one as described above. Anyway, it seemed like Javier wanted to go down in the sub, but then again, it's a pretty unusual thing to do and he wasn't quite sure. This particular sub is designed so the passenger is in a completely separate chamber from the pilot and is responsible for maintaining his own oxygen levels and keeping a close eye on life support readings. Javier's brother was on board and cornered me before Javier went down to say that he was trusting me with his brother's life.

I've done a lot of strange and wonderful (and sometimes not so wonderful) things in my fifty years, but the dive with Javier was what finally broke my personal surreal-o-meter. He was very calm and relaxed, given that we were about 350 meters below the iceberg strewn surface of the Antarctic. Maybe TOO relaxed - he felt so comfortable that he started telling me he was going to kill me, in the voices of some truly memorable movie villains he has played. I don't know what I expected when I went to school for marine biology, but it definitely wasn't being trapped in a tiny sub with the killer from No Country for Old Men!

We are hoping that a new sanctuary will be established as early as this October, but all the members need to agree by consensus so it may be difficult. The more people they hear from the better! You can add your voice here.

Here is some stuff from the dive w/ JB and a bit more about what we found here.’