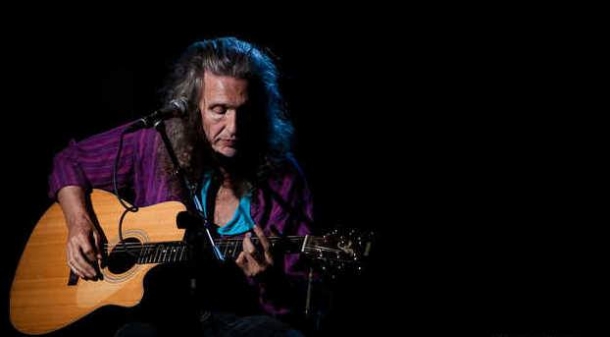 The thing about Will Killeen is that he is the real deal. A highly acclaimed Irish acoustic blues guitarist, singer and songwriter, Will has paid his dues and more, such that he is now considered one of the foremost slide guitar players in Europe today and one of the most ferocious.

Will Killeen was born in Mayo, Ireland. He taught himself guitar from the age of 10 then, influenced by Howlin' Wolf, Doc Watson, The Pretty Things, Robert Johnson, Bob Dylan and the Rolling Stones to name a few. Soon he was performing around London and once replaced Rory Gallagher , (amazing player who I once saw at Malvern Winter Gardens), when Taste was formed. Thinking about it, Will shares both Gallagher’s authenticity and his modesty. From these explorations, Will has a forged a truly individual blues guitar style where his Celtic roots are entwined with deep American blues, with added country, rock and even Eastern influences.

At one of Will’s gigs, you can expect songs from early blues standards through to Dylan classics delivered with inimitable percussive guitar and whirling vocals as well as his own compositions. Will is a walking blues history manual, taking you on a journey from Robert Johnson and Elmore James through to an unlikely but brilliant version of "Duelling Banjos" - all on one acoustic guitar!

His dazzling performances mean that Will is in constant demand, playing regularly at countless venues and festivals around London and the rest of the UK as well as Ireland, Italy, Germany and the United States.

What I like best about Will, is that you can just plug him and let him fly.