Born to a family of workers

Australian singer-songwriter Robert Forster understands better than most about the hard work and demands of the Tower of Song – he’s  studied hard as can be heard here – and Born to a Family explains he had no choice but to follow the calling. There’s an economy to this song and a tangible sense of residual guilt that comes with knowing that you have to do your own thing even though you also know that it will disappoint the people who have raised you. I should have been an engineer, instead I’ve spent a lot of my adult life putting a spoke in the wheels of industry.

I was square into the hole

There was something in my soul

What could I do

Robert Forster is best known as a former member of the much-loved – at least by me - Go-Betweens, the only band I know of to have had a bridge named in their honour. It’s in their native Brisbane, go look it up; it’s rather wonderful.

[Richard, note to self: back to the story and try not to get diverted - visitors want the abridged version…]

I first came across the Go-Betweens in the early ‘80s when they were still a trio who had come to London to try their luck. Forster had formed the band with friend Grant McLennan, (who pretty quickly after the band’s inception was also writing songs and can currently be heard on the 37th Floor of The Tower of Song), and drummer/girlfriend, Lindy Morrison. I liked the songs from the get-go but at that point in the band’s evolution, it was Lindy who was definitely the focal point of the three-piece; she emanated a vibe and her post punk rhythms gave the band a definite edge.

However, in a process that can perhaps be compared to the one that sidelined Rosalind Franklin from being central to the story of the discovery of the double-helix structure of DNA, Lindy’s leading role in the ballad of the Go-Betweens has been diminished in the telling. That’s sexism in the music industry for you, as Tracey Thorn lets us know in My Rock 'n' Roll Friend, a book about her long-standing friendship with Lindy. Also, as Moira, (who many will know from her oversight of the WHC door), astutely observes, the premature death of Grant McLennan and Robert Forster’s subsequent eulogising of their friendship was never going to allow Lindy Morrison the limelight she deserves. 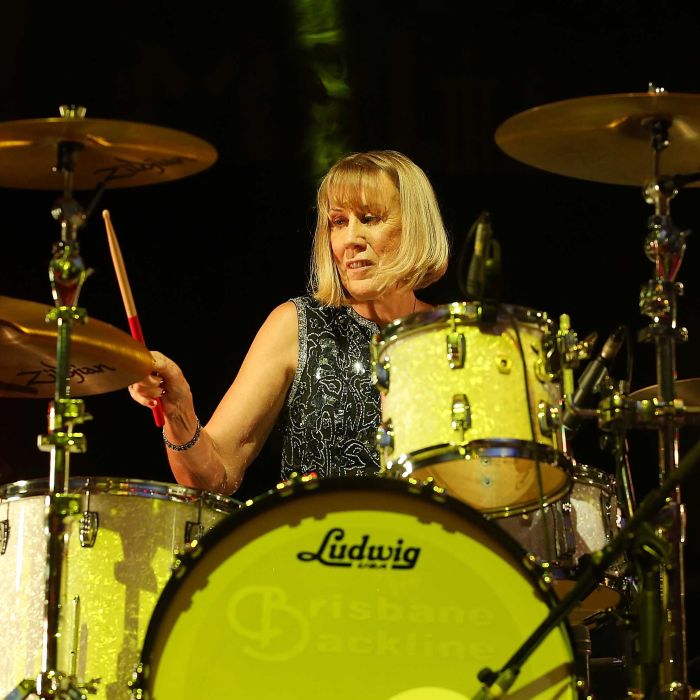 The day I stopped liking the Go-Betweens and started loving them remains clear in my musical memory because it was also the day when I first heard the music of Nick Drake. Having two long-standing musical love affairs start on the same day, what are the chances? Especially as according to the band’s gigography it was on Friday the 13th of May 1983. Clearly unlucky for some but not for me.

On the day in question, the Go-Betweens were playing my university, Kings College, London and I was doing the door as a way of getting in for free. Walking along the Strand on the way to gig, I couldn’t resist venturing into a record shop that was closing down and had a lot of records on sale. Among the racks I found Nick Drake’s Fruit Tree box set for the even then bargain price of £2 because someone had stolen the third album with the otherwise unreleased tracks. I had read about Nick Drake in the music press then but never heard him and so took the punt. Later than night when I got home that night, I would be transported by the beauty of Five Leaves Left and Bryter Later.

Set up on the door waiting for the paying punters and I am engrossed in the liner notes for Fruit Tree when I am surprised by Robert Forster and Grant McLennan who want to know about the set up. I give them the details but before they head back down to the van, they ask about Nick Drake and I repeat what I have read from the liner notes and learned from the NME and they promise to check him out too. I can remember Robert holding the Fruit Tree box and the sunlight streaming in through the window. That night they would play Grant’s Cattle and Cane a song about memory –  a perfect Proustian pop minature - and in so doing seemingly stopped time in a sunlit bead of musical amber.

Twenty-eight years later and I meet Robert Forster again. I am representing Greenpeace in a CCAMLR meeting – concerned with the protection of the waters around Antarctica - which is taking place in Hobart. During one lunchbreak I venture into a bookshop and see that Robert will be appearing the next evening to promote his book ‘The Ten Rules of Rock and Roll’ which collates his music writings from 2005-2011 and has much to say on the art and craft of songwriting and what it means to reside in the Tower of Song. The next evening, as nothing much is happening in the meeting – (when all is said and done, more is said than done) – I slip out and go to the bookshop and listen to Robert read and play a few songs. The first of these is Born to a Family. Afterwards, we talk for a while and I tell him about showing him the Nick Drake album. He doesn’t remember but is interested in the Wild Hare Club.

Robert Forster remains one of the people, I’d most like to get play the Wild Hare Club. Maybe this will lure him in?